I write about Funkadelic, also today. This is the 6th album released in 1974. This album has big impact, too.

I feel groovy and exciting guitar-play by Eddie Hazel from the first song "Red Hot Mama". I am perfectly attracted to his guitar-play lately.

It's well known that his playing had influenced by Jimi Hendrix. On the other hands, his playing looks to influences many guitarists, for example, the Red Hot Chili Peppers' guitarist.

Considering this, the precious band they are! that had great influence to alternative music since 90's.

Standing On the Verge of Getting It On 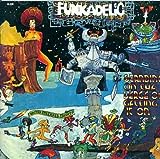 Standing on the Verge of Getting It on

This is Yo La Tengo's the 12th album released on 2009. I think this is one of the greatest album by Yo La Tengo.

They are the band having really good sense of music. They have both a pop feeling and an avant-garde feeling.

They have a wonderful skill to get various music essence. The 5th song "Periodically Double or Triple", they performed like jazz, funk. But it's definitely Yo La Tengo's song.

The 9th song "All Your Secrets" is the best song in this album! The song has beautiful chorus singing "Tulu Tulu Tulululu". They sing so strange timing this very pop and catchy phrase. That's awesome!

And then "The Fireside" and "And the Glitter Is Gone" are the highlight in this album. I was felt a great hope and a possibility of guitar rock from these long songs. 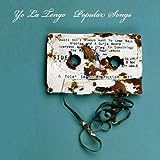